For those of you NOT in the know, NC adopted a teacher evaluation tool last year developed by McREL. We used to have one that was a few pages long in a 10-12 pt font. Teachers were marked on a five point scale from unsatisfactory to excellent. Most of it was things that could easily be observed in any lesson when the observer walked into your classroom – not all, but most.

So now we have an instrument that is 11 pages in an 8 pt font. There are five standards with multiple sub standards which seem straight forward enough on the surface. To make things murky, however, the instrument has separated out things like Global Awareness, 21st Century learning, collaboration and technology. Those (in my poor feeble mind) should be lumped together because they are so intertwined. There are also leadership and PD things that could have been combined. Needless to say, I would have streamlined it more (oh so much more).

The graded categories are:

You must meet all the criteria for developing to be proficient. You must meet all the criteria for developing and proficient to be accomplished . . . Fine, except two strands in a single sub standard might not always go together. For instance, global awareness is in the same sub standard as demonstrating knowledge of your content. Really? I know what they want. They want us to make sure that our content is seen in the big picture of how it can be used in the world, but sometimes we just have to practice the algorithm. Doesn’t mean anything in the grand scheme if they can’t do the math first.  Another one is on assessment – the use of formative and summative, but in the same category is assessment of 21st century skills. Math isn’t a 21st century skill on it’s own? Now, I’ve got to develop assessments that distinctly measure 21st century skills. *whew*

I’ve had one artifact presentation meeting and I learned a few things.

I really wanted to display mine in some kind of unique way: a powerpoint, a website, a blog. I just waited to late this year for that. It was too big a bear when I sat down to organize, but in searching for ways to present, I came across this site:

I didn’t get a chance to use it, but I did scan through it and it looks good even if it doesn’t appear too many are using it. Something to think about if you don’t wait until the last minute like I did!

I did conference sign ups this quarter on http://slyreply.com which worked pretty good, but had a couple of too many steps.

I was wondering if I could set up one page of google forms and insert it into my class blog for sign-ups. I will research the how-to if it’s feasible. I just wanted to know if this is feasible.

Thinkfinity has a Today in History page you can get through your RSS Feed.

Today, the first successful human kidney transplant was performed in 1954.

If you are a teacher, below the entry, there is 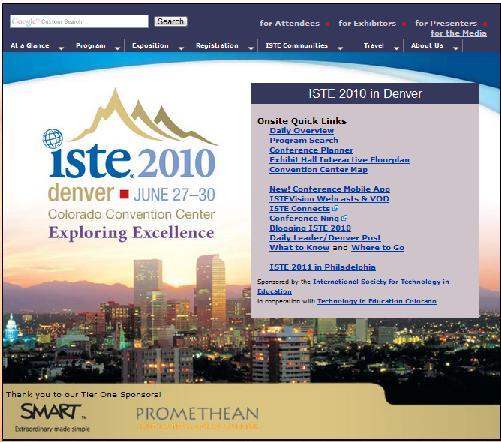 These instructions are from Free Technology for teachers, but anyone who puts videos in a blog post might find it helpful.

Step by step with pictures!

Someone found my blog through them. Amazing.

CoTweet is a platform that helps companies reach and engage customers using Twitter.

I’m all for innovation and someone making a buck (or even a living), so more power to them.

Unfortunately, it is in beta.

But, I do like the way it presents them on the page still. Here is one on Matrices.

On Edutopia, I downloaded the Ten Top Tips for Teaching with New Media. I haven’t gotten a chance to look through the whole thing yet, but they sent me an email with this to share:

I just downloaded Edutopia‘s Ten Top Tips for Teaching with New Media, and thought you might find this resource useful, too. Edutopia exists to provide people like us with the information and inspiration needed to create schools for the 21st century, and this resource provides succinct tips on how you can use the latest technologies to prepare your students for success – from tips that will “Break the Digital Ice,” to how to start “Working Better, Together.” Download your copy today at edutopia.org/ten-top-tips.

Reading the comments on Nick’s post about Technology and Church, made me think about the various technologies at schools. Actually, it was Brian’s mention of the overhead until the bulb blew . . .

When I was interviewing, I found that overheads are not what they used to be in the field of education.

When I was first asked to describe a class, I mentioned that I like to have the lesson points projected from an LCD projector and then use the overhead on which to work problems. I was laughed at. Overheads are passee. Document readers are in. I’d not even heard of a document reader so I had to go home from that first embarrassing interview and look one up. AND I knew that wasn’t quite true. I’d just had to ask for a new projector the year before and I had dozens in multiple catalogs from which to chose.

From school after school, I received the same information. Every room has a work station with a laptop, a document reader and a LCD projector. One principal suggested that if I came to work at her school, my professional development plan should include up-to-date technology training. That seemed funny to me because I’ve always been the first to embrace technology at places I’ve been in the past.

Well, I still haven’t gotten to use a document reader because the school I ended up at has overhead projectors! I did find a room with a couple of smart boards in it, so I’m going to ask about giving one of them a try.

Jack of All Trades by Bitsy Griffin is licensed under a Creative Commons Attribution-Noncommercial-Share Alike 3.0 United States License.